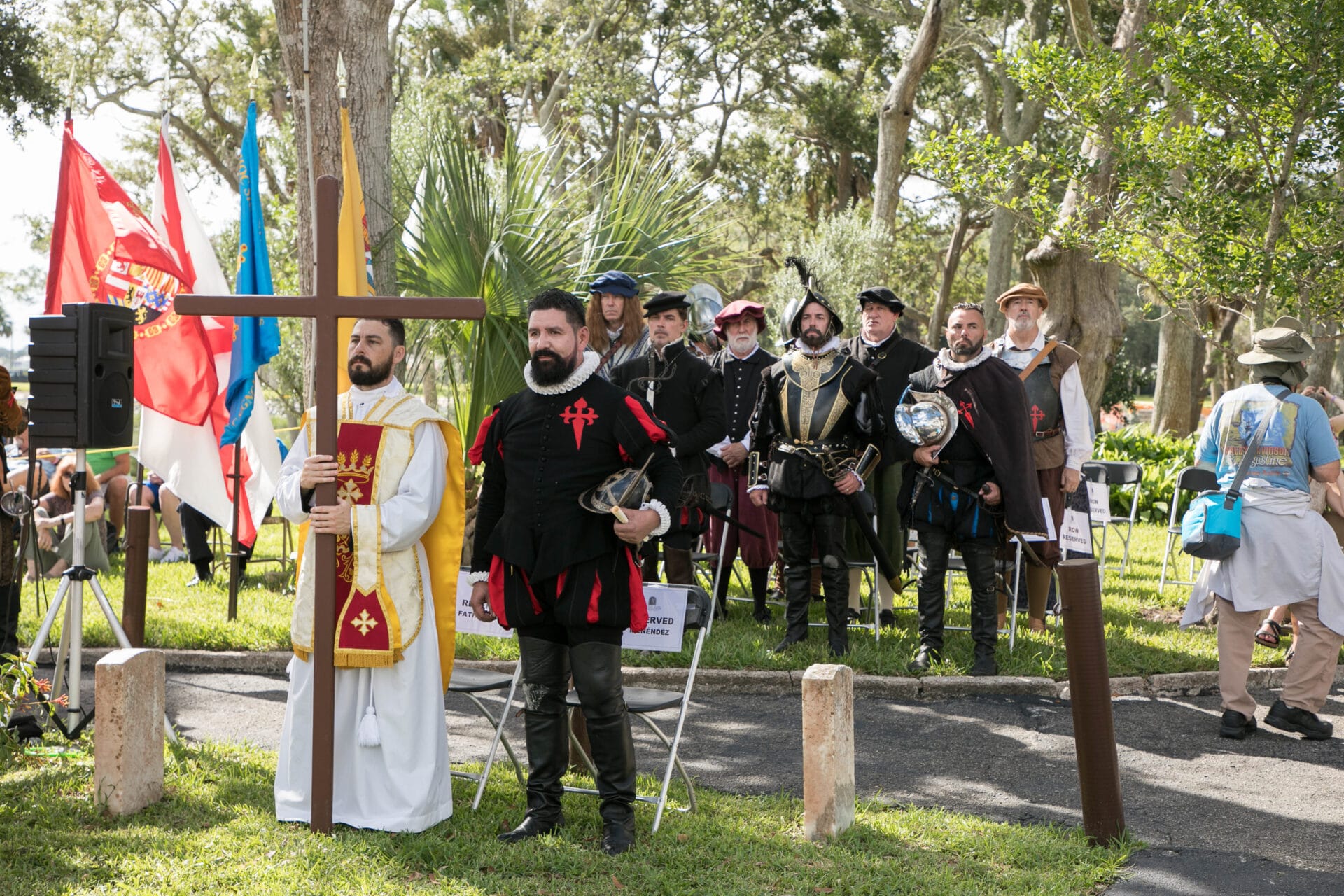 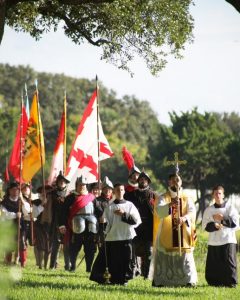 ST. AUGUSTINE’S 456th CELEBRATION! All are welcome to celebrate the founding of St. Augustine, Florida. The 456th Founder’s Day celebration is Saturday, Sept. 4, at the National Shrine of Our Lady of La Leche at Mission Nombre de Dios, 101 San Marco Ave., St. Augustine. Parking is free.

Sponsored by the Catholic Diocese of St. Augustine (official), the events will begin with a 10 a.m. historical reenactment of the landing of the Spanish at Mission Nombre de Dios by the Historic Florida Militia, followed by Mass at the rustic altar celebrated by Bishop Felipe Estévez of St. Augustine.

Founder’s Day commemorates the anniversary of the founding of St. Augustine, our nation’s oldest permanently occupied city, discovered more than 50 years before the English came ashore in Jamestown or the Pilgrims at Plymouth Rock.

On Sept. 8, 1565, Don Pedro Menéndez de Avíles and a group of nearly 1,200 Spaniards landed on the city’s shores and named the new settlement St. Augustine (San Augustin), in honor of the saint on whose feast day they sighted land. Father Francisco López celebrated the first Mass of Thanksgiving on its shores, and today, St. Augustine is home to the Cathedral Basilica of St. Augustine, the first parish of a permanent European settlement, and the oldest Marian shrine in the U.S., the National Shrine of Our Lady of La Leche. 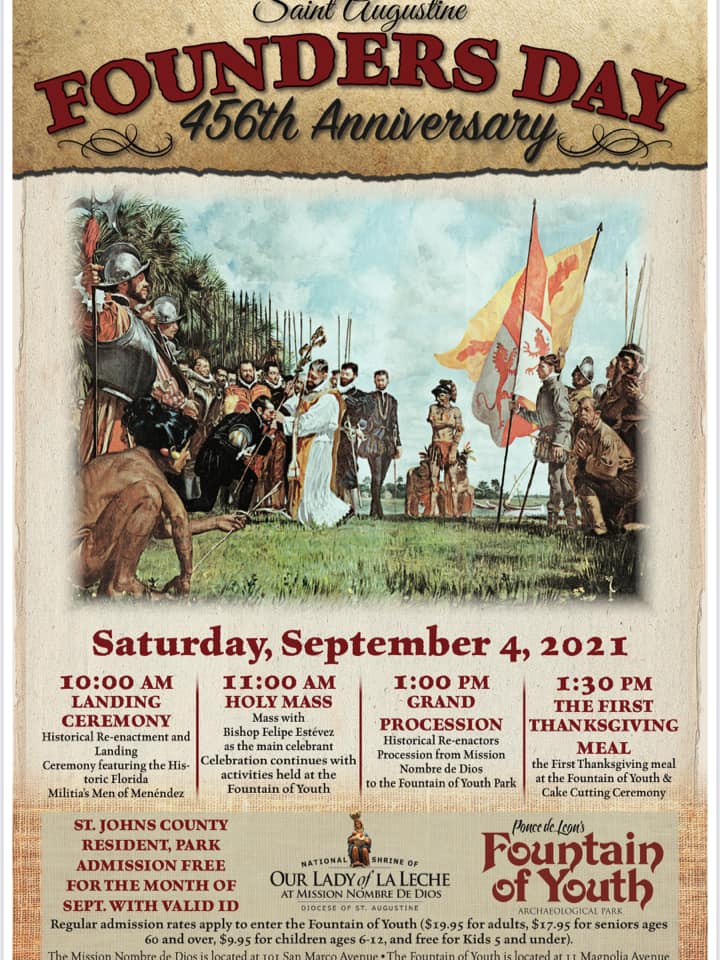