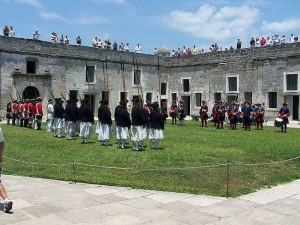 The Change of Flags Ceremony is held at the Castillo de San Marcos as part of Colonial Night Watch the morning of the first Saturday in December. Both British and Spanish military living history interpreters commemorates the transfer of St. Augustine and the Castillo de San Marcos from Spanish to British control following the Peace of Paris in 1763.

A similar event was held when Florida became a state in 1821, as is evidenced by the postcard below. 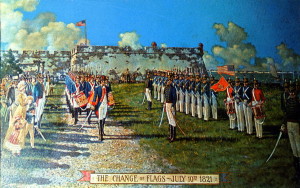